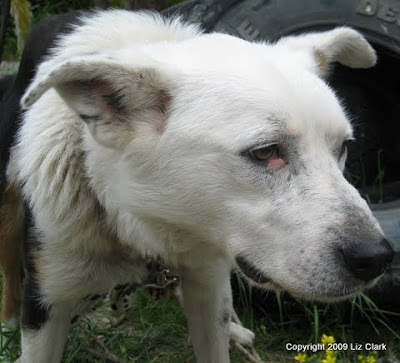 Living in the country has its share of risks. We have all seen the programs such as The New Detectives or Crime Files. We read and hear tragic stories of children being abducted then found days or months later murdered and raped. These things happen to families and their grief is inconsolable. Sometimes those terrible crimes remain unsolved. We read and watch the news items never thinking it could happen to our own families. Yes it can.

On a Sunday night at 6.30 pm my two girls took our dog Simon for short walk along the road as the weather wasn't all that wonderful so the option was to walk the dog just along from the farm gate. Simon is not a small dog and there is no way I will allow my two girls to walk alone on the road without the dog with them. I know exactly how long it takes to the point where the girls were to turn around and return with Simon back home. A distance of exactly 500 metres. You would think the girls would have been relatively safe in that short distance from home - they weren't. A dark blue vehicle with two men in it kept driving past slowly several times. I saw the vehicle and wondered what they were doing. Meantime the girls themselves were becoming aware that the intentions of these two people may not be at all good. They hurried as quickly as they could back towards home. In the meantime the vehicle passed our farm gate again heading back towards Maungaturoto. Just as the girls reached the boundary fence between our farm and our neighbours the vehicle swerved inwards and a car door was flung open by one of the men in the vehicle. Michelle was grabbed and pulled into the car. Inaya was trying to hold Simon and attempt to stop Michelle from being taken. They threatened Inaya as well as telling Michelle to stop struggling. Inaya told me the expressions on these men's faces were evil predators and she knew exactly what their intentions were towards both her and Michelle. Simon must have known these people meant to cause great harm to Inaya and Michelle. He leapt into the vehicle and attacked the two men. Inaya managed to free Michelle and drag Simon back. Simon injured these two predators and he saved my girls lives. The men fled after that. 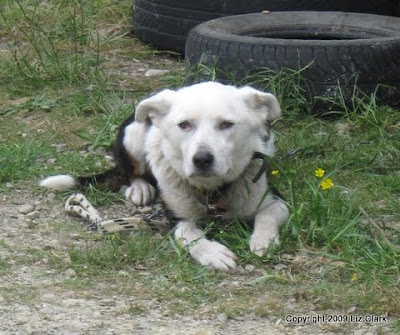 As a mother my intuition told me that if these men had taken my two girls - I would have been attending two funerals. It took two days to get some sense out of the girls as to what had really happened. The police are now looking for these people. We hope they get them soon. Our family has been in turmoil all week. I can't concentrate properly and the girls are having nightmares. They are terrified that these two people are still out there. I know they will be caught.

Look after your children. Nowhere is ever safe - not even a quiet country road. Thank God for Simon he saved my children's lives. A dog that was perhaps no good for farm work (loved as he was by his previous owners) has proved beyond a doubt he is indeed a hero - we wouldn't be without him.
Email Post
Labels: abductions crime farm dog Simon