See what happens when you get a cow in the garden? 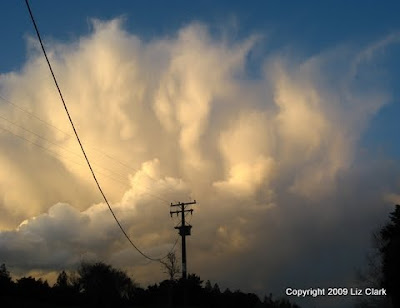 This morning after a lousy night of taking a pile of headache pills and thunderstorms..I found a cow in my garden..again. Trouble was this cow was in labour so it seemed - all the signs were there. She had had a show and calving looked imminent. With Michelle's help we managed to get Stream into the other paddock and out of the garden. Couldn't click at the time why she kept trying to get out again. 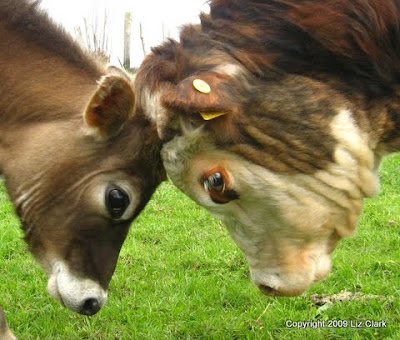 Meantime all the others had to be moved. River had to be put back with her calf who wouldn't come down - the little toad. Ocean wasn't going anywhere after calving a few days ago so we left her and Riveer together with their calves. That left the Terrorist and Micah aka Guts (our bull) to get shoved elsewhere. Of all the things today I did not need a cow in my garden or a pile of thunder storms that ended up with my computer shut down half of the day and this evening. Not with print day tomorrow. 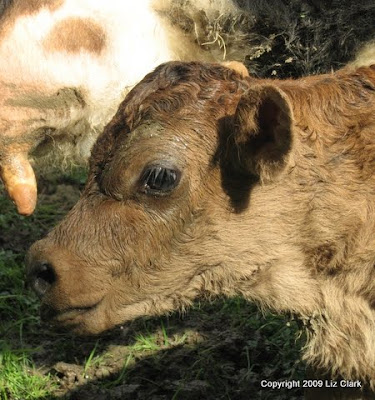 Meantime I kept an eye on Stream noting her contractions had become less and less. No calf? Hold on a minute something wasn't right there. She seemed to be looking way done the hill back to the garden ..again. Not this time she wasn't - not with a 3000v mains electric fence running. Then it dawned on me that perhaps she had already calved. How thick could I be. Back down the driveway I marched muttering dire things about lousy thunder storms and darned cows that decided to calve on the wrong damned day. Stomped down there and tripped over ...a calf. He sat there and looked at me as if to say..Where's my mum you stoopid human. He was heavy! In the end I dragged him by the from legs under the fence..while trying to avoid being zapped and used as a living scratching post by the Terrorist. Anyway it was a happy ending after all Stream has her calf with her and hopefully I won't have her back in the garden next year to calve. 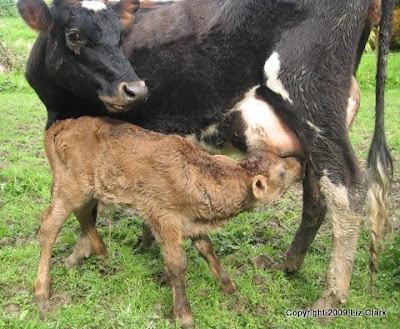 Meanwhile I have another little problem going on ...oh what's new there. As usual Sasquatch has decided to be very very evil. Last night it was my hand that got half destroyed as I was innocently trying to read the paper..but NO yet again I was done over 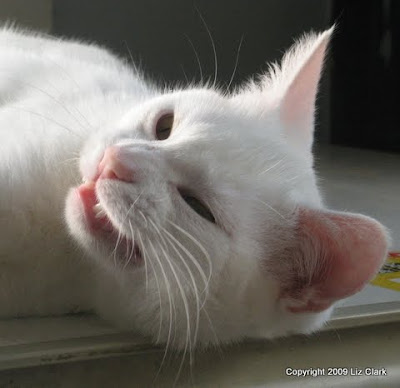 I've come to the conclusion tomorrow is going to be another one of those (Mad) days. With an evil practicing Minion of Basement Cat dead set on making me pay for the next several years. I had better start wearing a suit of armour..either that or be a living scratching post for the Terrorist. Either way I can't win... 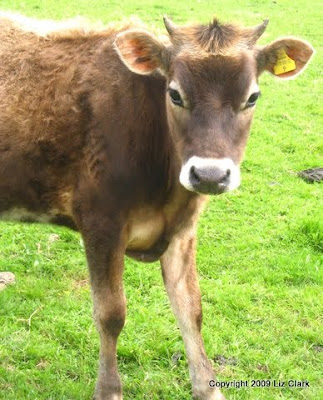